One of the newer kids on the block – the Equity Poker network launched in 2013, post-Black Friday – it doesn't boast too many skins for real-money players. But, when it comes to soft Internet poker for US players, Equity is hard to beat.

It's also popular with operators as the network is built on a co-operative, non-profit model, which is committed to distributing profits fairly to its skins. That means players may see better promotions and deals at Equity sites. Read all about other benefits of playing on Equity Poker Network sites, including: 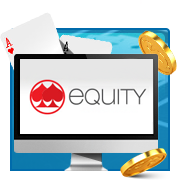 Based out in Curacao, the network captured its biggest skin when Full Flush Poker moved over a couple of years ago. And although players in newly-regulated states in the US like Delaware, Nevada and New Jersey are prohibited from playing on EPN where they live, elsewhere the network provides one of the best chances for American players to get real-money action online.

When it launched on the net in the aftermath of Black Friday, EPN sucked up a lot of the old Action Poker Network traffic and is one of the most popular networks among Americans in 2023. 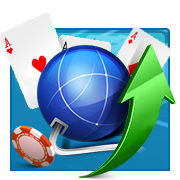 Perhaps the biggest selling point about the Equity network sites is that PC and Mac players can download the clients to their desktop to play. The software is safe and secure, having been developed by leading Norwegian manufacturer, Playsafe Holdings.

The reliable download client works well, even on an ageing Windows machine, and the skins carry a handy 'Connection' meter in the lobby so you can check on your connectivity strength.

There's a handy Buddy List at Equity network skins too which lets you find friends online and join their tables. Multi-tablers can load up four tables at most of the skins on the network.

The big downside to the Equity Poker Network is traffic. While cash games are wallet-friendly ($0.02/$0.04 games are readily available on all skins) the numbers haven't quite caught up with the buzz. A 24-hour peak of around 350 players means the network has some work to do.

As well as a good range of low-stakes No Limit Hold'em and Omaha (all skins offer NLHE in $0.02/$0.04 and above) the network runs some interesting variants like Big2 Poker, Chinese Poker, and Pan.

Tournament highlights are a little harder to find although Full Flush Poker runs a ton of good tourneys and guaranteed prizepool regulars. Big-money 050,000 GTD NLHE events run at weekends, and US players can win through the WSOP Colossus event via some good satellites.

More experienced players can also use a HUD for cash games if they use a software converter on their cash game tables. 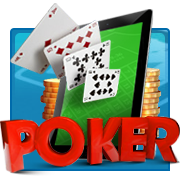 Leading poker sites will run cash games starting at just $0.01/$0.02, so even the smallest wallets can benefit from online poker real money action.

A word to the wise: make sure you find a poker website with a decent range of banking methods. While some sites allow just credit and debit cards, others let you load up with an e-wallet or straight bank transfer. Some will even let you transfer cash to and from other player’s accounts.

The method you use can drastically affect the minimum deposits, withdrawals and fees you will have to face, so choose a site with a broad range of options before you sign up. 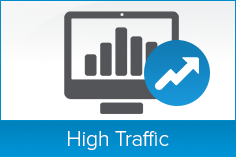 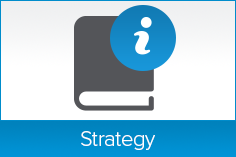 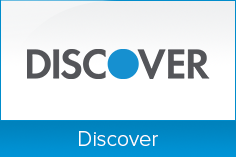 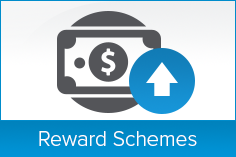