Online poker is a tough place to make a living, especially when you're a newbie.

In between learning new skills and battling with negative variance, there are dozens of potential traps ready to swallow up your bankroll.

In reality, it's inevitable that you'll make some mistakes in your quest for poker riches. However, the more you can limit those errors, the better your chance of becoming a winning player.

To help you identify some of the biggest stumbling blocks, here's a rundown of the top five poker pitfalls.

Explore this page to learn the following: 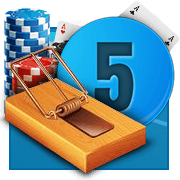 In the poker world there is an expression that goes like this: "Don't tap the glass." The sentiment behind this phrase links back to the most fundamental piece of poker advice in the world: don't scare off the bad players.

The glass in this case is the fish bowl in which the bad players swim, and your job, as a winning player, is to resist the temptation to verbally "tap the glass" with insults.

Weak players (fish) are your lifeline at the felt and any time you can have them at your table you should be grateful. Fish will feed your bankroll, but they will also suck the life out of you if you focus on the mistakes they are making.

It's very easy to criticise weak players, but this only serves to do two things: it makes them leave the game, or get better. Either result is terrible for your bottom line, so next time a weak player does something wrong, just ignore it. 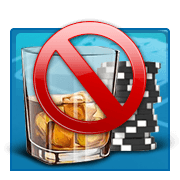 Online poker is a great activity to enjoy when you're at home and fancy some downtime. But while it's easy to slip into this role and think it's OK to have a few drinks as you grind, the opposite is actually true.

Drinking lowers your inhibitions and that will give you a false sense of security when it comes to you assessing your abilities. Essentially, when you drink too much you'll start to think you're Phil Ivey and attempt moves beyond your station. Alternatively, you'll get bored and start tossing risky moves about with abandon.

Remaining balanced and vigilant throughout your online poker sessions is imperative and drinking alcohol will only serve to hamper this. Of course, we're not saying you can't have a drink or two as you play, but don't take it too far and never play when you're drunk. A decimated bankroll is not the way to cure a hangover.

3 - Betting Aggros When You're Light

When you're sitting across the virtual table from an aggressive player a common mix of emotions usually encompasses one or all of the following: disdain, fear and annoyance.

All of these feelings can serve to decrease your performance and leave your bankroll in a mess.

Aggressive players are tough to beat, simply because their kamikaze style and disregard for money puts you under a lot of pressure. However, one of the worst things you can do as a player is to 3-bet these guys with terrible cards. Although it may seem like a sensible thing to do (and in some situations it can be), really aggressive players won't respect these raises and will often play back at you.

It used to be the case that aggressive players would call 3-bets and go crazy on the flop. However, modern poker dynamics have now made it the case that aggro grinders will 4-bet with impunity. This basically means that a light 3-bet will only serve to lose you money after you inevitably fold to your opponent's 4-bet.

Therefore, if you don't want to take on an aggressive player, make sure you have the goods to back it up.

4 - Bluff Fish At Your Peril

In line with taking a cautious approach to 3-betting aggressive players with weak hands is the idea that bluffing fish is a bad idea.

Once you've resisted the temptation to lambast weak players, the next thing you need to avoid is making rash moves against them.

Weak players are known as fish for a reason because once they're hooked on a hand they never let go. Even if your opponent has bottom pair on the board and you've fired four bets at them, they are unlikely to fold. Although it may seem like a strong way to take on fishy players, bluffing is actually a costly strategy. If you want to avoid this common poker pitfall and preserve your bankroll, simply wait until you have a decent hand and value bet the weak players to death. Find out more in our guide to bluffing

5 - You're Not as Good as You Believe

Probably the biggest pitfall online players fall into when they first start playing the game is thinking that they are world-class players.

Reading a few books, watching some training videos and learning some new moves (or reading the top strategy pages at OnlinePoker.com) is all part of the developmental process, but that doesn't mean you're Phil Ivey.

The learning curve in poker is incredibly steep and you shouldn't fall into the trap of thinking you're better than you are. Writing checks and making moves that your skill set can't cash is a recipe for disaster.

The best players in the world are acutely aware of their own strengths and limitations and you need to be as well. Be honest with yourself, don't move up in stakes too quickly and never make "fancy" plays just because you've seen a pro do it on TV. 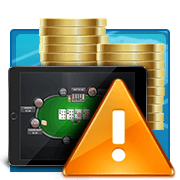 The beauty of online poker is that you can play virtually any variant, at any time of the day, at any stakes you want.

While the freedom is great, it can also be extremely damaging if you don't employ some simple bankroll management.

Start off low, and once you're comfortably crushing the lower-stakes games, start moving up. You should be able to turn a profit at around 3,000 Sit n' Gos or 5,000 cash game hands before moving up. Multi-tabling is fine (if you're comfortable with the concentration levels) in order to get the volume up, but if at any point you think you're out of your depth, don't be afraid to move down a level. 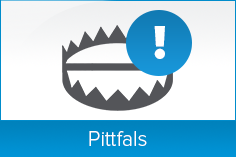 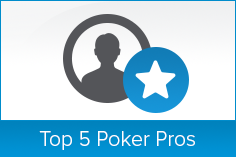 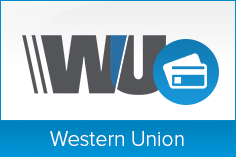 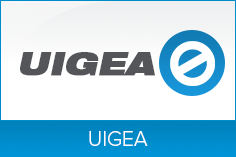