Founded in 1999, iPoker is Playtech's answer to Cake, Microgaming and Equity. Powered by some of the most solid poker software in the business, and boasting some of the world's biggest poker skins, the iPoker network sites continue to draw in players from around the world.

The playing interface at iPoker skins is smooth and the lobby system is pretty impressive considering it's barely changed in years. But iPoker knows when they need to update, and change their system when that's the case. Below you can learn more about the popular iPoker Network:

Below you can learn more about the popular iPoker Network: 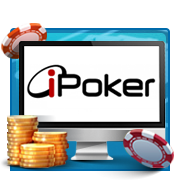 In early 2023 , the network changed the way it allocated revenues to its various skins. Originally, the network rewarded its skins based on their rake contributions. However, this seemed to punish those sites with lots of recreational players. More importantly, it stopped the lower-volume skins from doing their jobs.

iPoker boasts some of the biggest names in online poker, with Titanbet, sportsbooks like PaddyPower and bet365, and exchange Betfair all using the iPoker network for their Internet poker offerings.

Benefits of the iPoker Network 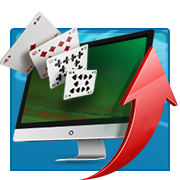 With the (relatively) swift demise of Full Tilt, the iPoker network has risen up the ranks to maintain a solid third place in the traffic tables, just behind 888poker and PokerStars.

And it's easy to see why iPoker has held its position: the software is easy to use and games are easy to find in iPoker lobbies.

Sit 'n’ Go players are well-serviced, with plenty of $20 and $30 tables spread across the network at all times of day. And, of course, with the aforementioned rake changes, we should see more benefits for casual poker nuts over the coming months.

iPoker was right there when the first 'jackpot'-style Sit n' Gos appeared. The network's Twister Poker games, released in 2014, give players the chance to win a share of $10,000 as they play 3-man hyper-turbo SNGs.

Meanwhile, iPoker gets into the Sunday specials arena with its "Sunday Line-up". A variety of buy-ins every Sunday night guarantees over €250,000 in prizes. 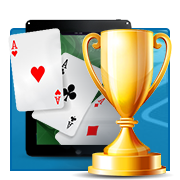 If big online tournament festivals are more your thing, iPOPS (iPoker Online Poker Series) is the big yearly bash held across the network.

Featuring a million Euros in guaranteed prizes, the iPOPS series is iPoker's answer to the WCOOP and SCOOP. Buy-ins start at just €1.00, with the multi-entry €75 Main Event guaranteeing a pool of €200,000.

For smaller wallets, the iPOPS Micro series guarantees over €100,000 in prizes across a week's worth of events. The iPOPS Micro features rebuys, re-entries and Turbo events with buy-ins ranging from €0.50 to €20.

A linked iPOPS Live tournament for the top 27 players takes place in Barcelona while added events like a €770 No Limit Holdem Main Event are the big draw.

With reliable traffic numbers, some good innovations like Twister SNGs, and online series that won't break the bank, iPoker sites are popular for a reason. For casual players looking for soft action and good, reputable skins, look no further than iPoker.

US Players Accepted: No 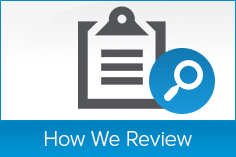 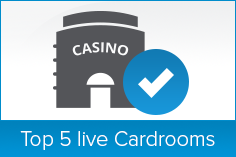 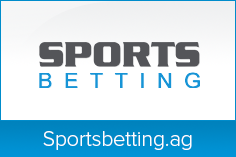