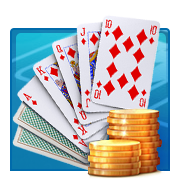 Stud poker games (7-card in particular), might be one of the more traditional versions of the game, but as more and more Hold'em hounds expand their repertoire, it's become a great game online for making some quick cash.

As with all forms of online poker, 7-Card Stud strategy requires a keen sense of observation, timing and logical deduction. However, unlike Hold'em, bluffing is a lot less common, mainly because the game is played with a Limit betting format. This means you can't simply win a pot pre-flop by virtue of being the most aggressive player. The upshot of this is that you'll need more acute hand reading skills when you play 7-Stud online compared to other games.

A Game of Observation

Fortunately, the format of Stud is such that you can get an accurate outline of someone's hand by using two key skills: observation and retention.

When you play 7-Card Stud online you'll be dealt three starting cards (two face down and one face up). Once you've made the decision to stay in the hand and bet the ante, you'll be dealt another, this time face up.

Again, a betting round takes place and if you decided not to fold, the action moves onto the next street. This dynamic continues until you've been dealt seven cards, the first two face down, the next four cards face up and the final card face down.

As with all forms of poker, a showdown isn't necessary if everyone else folds to your bets, but if a showdown is necessary then the best five-card hand is the one that takes the pot. Similar to Hold'em and Omaha, 7-Card Stud strategy is all about starting strong. Choosing the right hands to play is one of the first skills you need to develop as a player and while there's certainly room to get creative once you've mastered the basics, we'd suggest you stick to the following range of hands when you first play.

Getting dealt three of a kind as your first three cards is huge and you should look to re-raise pre-flop with these hands as much as possible.

Playing a high pair should be a standard move in your Stud strategy arsenal. One point to remember though is that you shouldn't get too out of line in later rounds if your opponents are showing high cards.

Low pairs (concealed) and a high kicker as an up-card are great hands to play because the high card will not only help if you're tied with an opponent, but it also gives you a chance to make a strong two-pair hand.

These hands should be played cautiously. If you're able to make the first raise then do so, but don't play these hands if the action is too heavy in front of you.

If you have three high cards in your starting hand then these are worth playing, but only if the conditions are right. Don't get too aggressive with these hands and don't spend too much trying to hit a pair on later streets.

Three of the same suit is always worth playing pre-flop. Although you shouldn't mind calling a small raise with this hand, you should try to keep the action relatively affordable as you'd prefer as many people in the pot as possible to get maximum value.

Stick to high connected cards when chasing a straight. Although middle and low straights can sometimes be good at a showdown, you should only really be investing a lot of money into a pot if you start with any combination of aces, kings, queens, jacks and tens.

Once you've mastered the basics of Stud starting hand strategy, the next thing to think about is the action that's taking place around you.

Unlike other poker variants where it's impossible to know the exact cards your opponent is holding (unless they show you), 7-Card Stud deals some hands face up. This means you can gain a better read on your opponents, but only if you pay attention.

One of the biggest things to consider when playing Stud is the cards you've seen. When everyone is dealt their first three cards, two are face down while the final card is placed face up. All subsequent cards, except for the last card, are dealt face up, which means that it's important to keep track of which ones have been folded. By knowing this, you'll have a better idea of which cards are left in the deck that can improve your holding.

Let's assume you were on Fourth Street with three diamonds in your hand. The action has been raised twice in front of you and you want to know if you should call and take the action to Fifth Street.

As well as the bets in front of you, you also know that four diamonds have been dealt to players on the table (you've seen their up cards, including Villain 3 who folded on Third Street). At this point, seven of the 13 diamonds in the pack have been dealt, which means more than 50 percent of the diamonds in play have been eliminated.

If there had only been a single bet on fourth street it may be worth a loose call. However, given that there are only six diamonds in the pack and two bets to call, this situation would warrant a fold.

This sort of analysis is crucial when you're playing Stud and the reason why observant players with a good memory can win a lot of money playing this game. 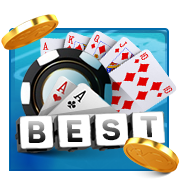 As with any variant you're new to, the key to Stud online is playing the field. It's important to search around for value and weak tables before you buy in.

Unlike Hold'em tournaments, guarantees are a lot smaller in Stud tournaments online. However, the players are generally a lot weaker too which means you should be able to achieve a better win rate in the games you do decide to play.

As a general rule, we'd suggest playing Stud freerolls first and then move into real-money games. Look for tournaments with prizepools close to ,000 and with fewer than 100 players. These games will often be the easiest to beat if you maintain a solid starting hand strategy and remain observant at all times.

To ensure you've got the best chance of making money when you play 7-Card Stud online, we've found some of the softest sites in the industry.

Through a combination of weak players and big bonuses, our recommended Stud poker rooms are +EV for all aspiring players who employ a winning strategy.

Although we can't guarantee that you'll win every time you ante-up, we can assure you that the games offered at the top 7-Card Stud sites have some of the best playing conditions in the industry.

Top Tip: Do Your Homework

Knowing the odds for all the common situations at the poker table is crucial when you're playing 7-Card Stud. Because it's not as easy to bluff people pre-flop, it pays to learn the odds associated with drawing certain cards.

Using an online poker calculator in-between sessions is a great way to build up a general appreciation of the numbers involved in Stud and we'd urge you to do this as much as possible if you want to improve your long-term profits.

Check out our online poker odds calculator which has a Stud option included. You can also find some great info on our top 10 tips for Stud poker. 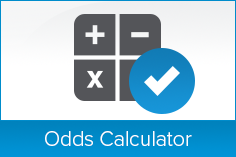 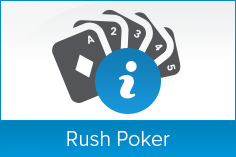