It would be great to win every poker hand by holding the best hand every time. Unfortunately, poker doesn't work like that.

Poker is a game of bluffs and deceptions; constantly "telling stories" about your hand and forcing players out of pots they are probably ahead in.

While beginners can struggle with pulling off successful bluffs and making them seem natural, with a few tips anyone can force anyone else out of a big pot.

1. Whittling The Field Down 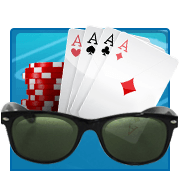 If you're thinking of pulling off an audacious bluff, you have to consider two things: the type of player you're up against, and the number of players. Before bluffing, assess your table over a few hands. A table full of weak-passive players who regularly fold to aggressive raises will be easier to bluff than a table packed with aggressive players who love to re-raise and won't lay a hand down.

Secondly, bluffing is easier to do when you're up against fewer players. You want to isolate one or two players ideally as it's much harder to force out more than that, and your marginal hand is more likely to be behind anyway.

In low-stakes SNGs and cash games, the Continuation Bet, or c-bet, can be a very useful weapon in your armoury.

Effectively, the c-bet is an opening bet on the flop after you've raised pre-flop, regardless of what your hand is.

In micro-stakes cash games and Sit 'n' Gos, the c-bet will often get past opponents who've missed the flop. They will think as far as seeing that they missed the flop and are happy to fold to any bet. While the pots are often small, c-bets can accumulate to add valuable chips to your stack.

Reading tells is an essential skill to assess your opponents' hand range or state of mind. However, giving off false tells to observant opponents is perhaps the greatest bluff you can pull off at a live table.

False tells can include agonizing over a decision (or even running the clock down) before making a re-raise with the absolute nuts, or making table talk. For example, saying something like, "If I fold, will you show me your hand?" is a good way of bluffing an opponent into thinking you have a semi-strong hand that requires some thought before calling.

4. Don't Be Scared to Show the Bluff 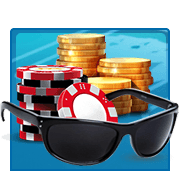 Bluffing is as much about gauging what your opponent is holding as well as over-representing your own hand.

But if your bluff comes off, don't be afraid of showing your hand at showdown. Not only do you earn some bragging rights over your opponent for stealing a pot, but the rest of the table can see what kind of hand you're happy to bluff with.

Now, your "story" is set up going into the next hand and an image is set for the rest of the table

Successful bluffs are about being consistent throughout a hand. There's no point checking a flop and turn, then betting strong on the river to steal a pot. Canny opponents will sense a bluff straight away and your "smart" bet on the river will turn out to be anything but. If the hand is no good on the flop and turn, don't try to "turn your hand into a bluff" come the final card. It can be the fastest way to lose valuable chips.

In addition, never get attached to a bluff that's going nowhere. If your bluff is being called down to the river and your opponent isn't buying the deception, let the hand go. 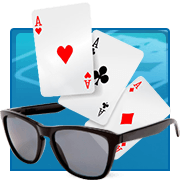 The semi-bluff is a hand that has potential to become the best hand once you get to the river but probably isn't the best hand at the start. While a straight bluff with a poor hand can be pulled off if you're up against a weak player prone to easy laydowns, a "semi-bluff" can win you a hand in two ways.

For example, you may have raised in late position with 3h 2h and connected with a heart board like Ah Qh 4s. You can continue your bluff with a terrible hand but you have the potential to complete your heart flush by the river and win the hand that way.

When playing online, you'll find a lot more bluffing than you will in a live cardroom. Because your opponents can't see you, they won't be giving away physical or verbal tells and they will therefore feel more comfortable firing off crazy bets.

The best way to combat bluffs online is to take notes on your opponents, and if they laid a hand down at showdown, revisit the hand histories to see what they held.

Without doubt, the most effective bluff online is the semi-bluff, so make sure you're in late position with those marginal hands that have connected with the board and bet strongly. 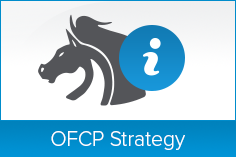 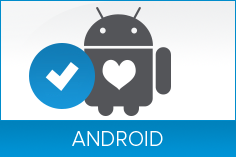 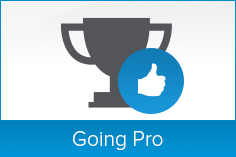 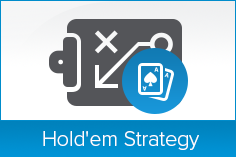