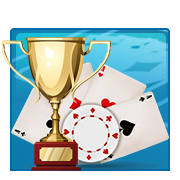 While online poker is great for convenience and a quick buck, nothing beats the thrill of playing in big live poker tournaments.

Players can rub shoulders with big-name pros, gun for million-dollar prizepools, and experience new cities and casinos. All you need, of course, is the buy-in...

Here, we run down five of the biggest and best live tournaments you'll find in 2023 . In some cases you can even qualify online for a few dollars via satellites, saving yourself valuable travel funds for that once-in-a-poker-lifetime trip

The world's longest-running festival of poker, the World Series of Poker had humble beginnings as a small get-together of road gamblers and Vegas regulars. Even in the early 1970s the Main Event buy-in was $10,000, and that's not changed to this day - although the number of entrants certainly has (see box).

In 2014, WSOP organizers Caesars guaranteed the Main Event first prize at million for the first time. Swedish pro Martin Jacobson was triumphant after outlasting a field of 6,683.

While the Main Event can put off casual players, the WSOP schedule boasts a range of modestly-priced tournaments. And if you can't get to Las Vegas, there are many WSOP Circuit (WSOP-C) tournaments held across America throughout the year.

In 2023 , the Vegas festival will see a new addition - the Colossus. Carrying a low buy-in of just and a guaranteed prizepool of million, event organizers will be hoping that they attract over 10,000 runners.

Why?: The world's biggest festival of poker; the Main Event carries a guaranteed first prize of million

Why Not?: The lower buy-in events can be crapshoots

Qualify Online: WSOP packages can be won via satellites at some online sites. These often allow you to pick what side events you buy into and can be a good alternative if you don't want to play the Main. 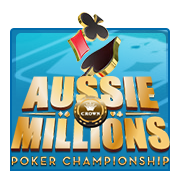 The best players from Europe, the US and Australasia/Asia cancel everything in January and February to attend the Aussie Millions.

Held every summer at the Crown Casino in Melbourne (when it's mostly winter for the rest of the world), the Aussie Millions carries a packed schedule to rival the WSOP.

The Aussie Millions Poker Championship main event runs for six days and carries a buy-in of AUS,600, but there are interesting side events like the AUS,150 'Terminator' bounty tournament, a AUS,500 HORSE event, and even a AUS,000 High Roller tourney.

If you're planning a trip out early, take advantage of the many satellites held at the Crown which give players a chance to win their Main Event entry on the cheap.

Why?: One of the most prestigious tournaments in the world

Why Not?: Plane fares are expensive

Qualify: The Crown usually runs a series of low buy-in qualifiers in the run-up to the Aussie Millions, but several online sites will run satellites.

PokerStars' European Poker Tour is now into its 12th season, and there's no sign that the tour is showing any evidence of fatigue.

The current tour includes stops such as Barcelona, London, Prague, Deauville in France and Malta. Meanwhile, the EPT packs up for its usual sojourn to the Caribbean in January.

The PCA (PokerStars Caribbean Adventure) is held at the extraordinary Atlantis Resort in the Bahamas and features a juicy ,300-buy-in Main Event.

Most stops on the EPT carry a buy-in of €5,300 (US,200) but many stops include other tournaments (EPT Deauville houses the France Poker Series with a buy-in of €1,100, for example).

With consistently healthy numbers (most EPT stops boast around 600-700 runners) and big prizes, as well as a little TV time, it's no wonder the European Poker Tour is the first choice of many Euro pros.

Why?: Some great European stops; the PCA and Grand Final in Monte Carlo are two of the world's hottest tournaments

Why Not?: Mainly European players; not many big US names

Qualify: Online satellites run exclusively at PokerStars.com and its regional variations, if available in your jurisdiction 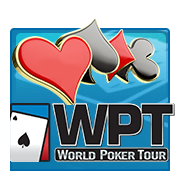 A product of the new TV boom era of poker in the early 2000s, the World Poker Tour has changed hands but continues to open up new stops around the world.

The tour began in 2002 when TV exec, Steve Lipscomb, dreamt up a televised poker tour for pros who had been denied airtime up to that point.

The timing was perfect: the WPT proved a huge hit when it launched on US TV screens, and it went on to make household names out of its early winners. Gus Hansen, who won the first event in 2002, Daniel Negreanu, Phil Laak and Antonio Esfandiari: all were pros who performed well in the early days of the tour, won bracelets, and went on to bigger things in their careers.

The World Poker Tour was also the first televised series to feature table cameras which allowed viewers to see players' hole cards. This allowed for better analysis by the legendary pair of hosts, Mike Sexton and Vince Van Patten.

Since the WPT was bought out by bwin.party in 2009, the tour has endeavoured to put the 'world' into the World Poker Tour by introducing stops in far-flung destinations like South Africa, Malta, and Kazakhstan.

The WPT now hosts more wallet-friendly "National" (worldwide) and "Regional" (in the US) events, as well as a range of WPT Deepstacks which carry buy-ins of ,000. While these tournaments have made the WPT more accessible than ever, the high rollers have also been catered for.

Alpha8 events carry buy-ins starting at ,000 and are a direct response to big buy-in WSOP tournaments like the Big One For One Drop. The world's biggest names are into the second season of battling it out for life-changing first prizes.

Why?: Televised tournaments and low buy-in 'Regional' and 'National' events include all bankrolls

Why Not?: Online qualifiers could be better

Now into its 9th season, the APPT is the Asian equivalent of the EPT. Rather confusingly the APPT houses various mini-tours like PokerStars' own ANZPT (Australia and New Zealand Poker Tour) and the annual Aussie Millions showpiece.

However, with stops in growing gambling markets like Manila, Macau and Seoul, the APPT is packed with eager Asian poker players - and some big turnouts.

And who can turn down a stop in Macau, the Asian home of gambling?

Why?: Good range of tournaments; well-organized by PokerStars

Why Not?: Covering sheer distances can be tricky 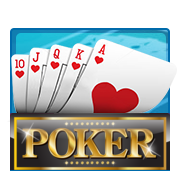 In 2006, before UIGEA had had a chance to take its toll on online qualifiers from the US, the WSOP recorded its biggest-ever turnout for a World Series Main Event.

That year, Hollywood agent Jamie Gold bluffed and cajoled his way to first place and a prize of $12 million after outlasting 8,773 runners.

A year later, American online qualifiers were largely frozen out, leading to a decline in numbers for the WSOP Main Event. Despite some green shoots of legal poker in the USA and a return to big numbers, Gold's win remains the biggest Main Event first prize in history. 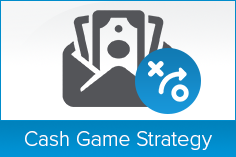 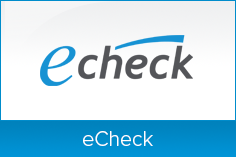 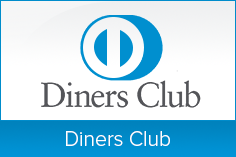